A Tower with a view 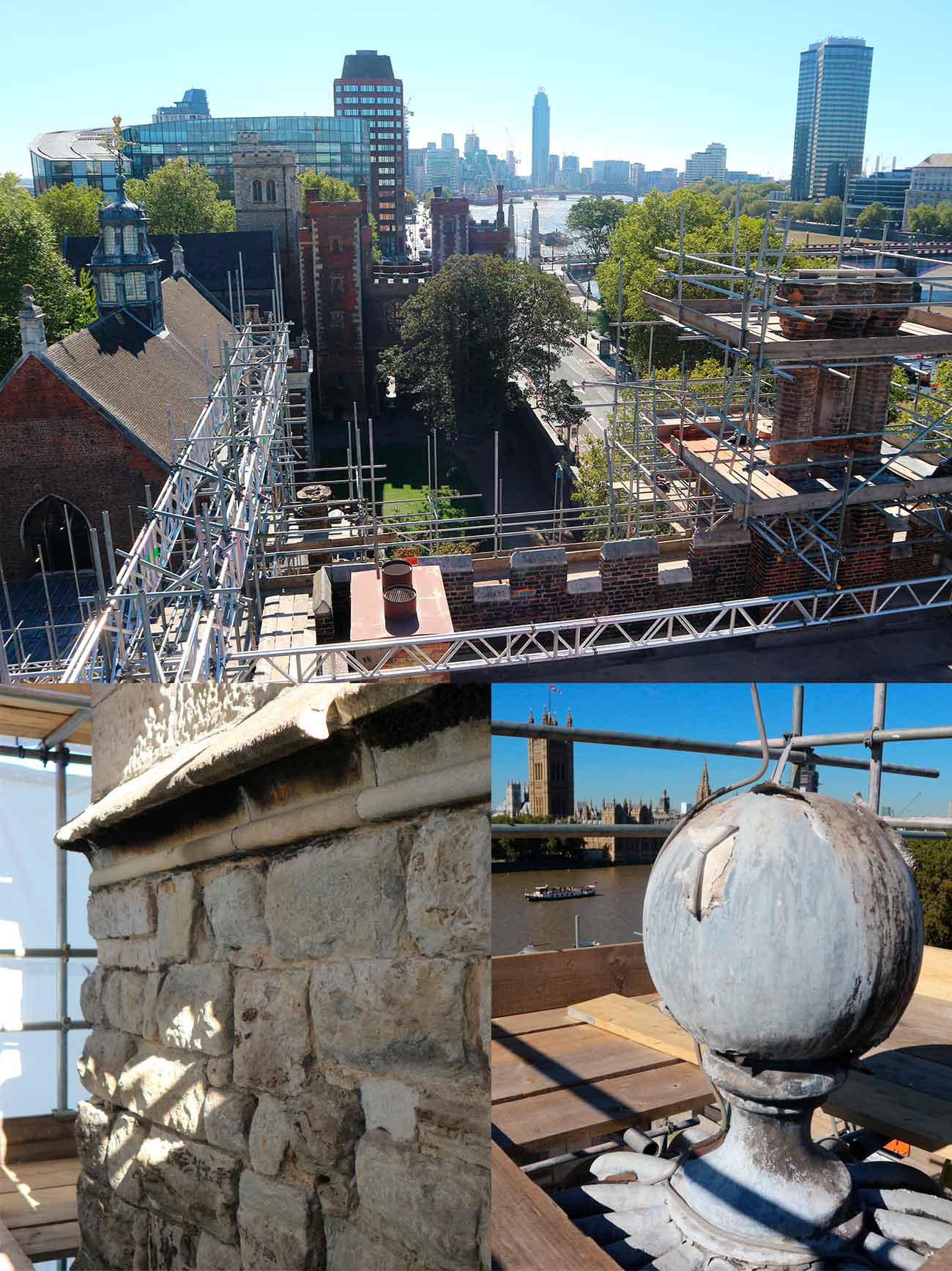 A Tower with a view

Lollard’s Tower at Lambeth Palace is named after the nickname for heretics, who were reputed to have been imprisoned in the atmospheric timber lined cell to the top floor.

The imposing Kentish Ragstone tower dates from 1435 and was built by Archbishop Chichele. It stands on the south bank of the river Thames and from the roof there are fine panoramic views over the river and the skyline of ever-changing London. The tower is currently undergoing major exterior repair works to consolidate grade one listed fabric.

Work is well underway to replace hard cement mortar with lime, to replicate damaged and weathered Ragstone mouldings and blocks, to grout deep voids and to replace decayed bricks to the side elevation, which featured in the foreground of one of Canaletto’s paintings of Westminster Bridge.

The bell tower was substantially restored in 1950 after considerable war damage, but unfortunately the well-crafted lead sheets are suffering from underside corrosion. This is particularly severe to the ball finial, where the lead has split in various places and exposed extensive white powder.

It is likely that poor ventilation, but especially the oak boards with no isolation membrane, are the cause of this decay. Inevitably lead renewal will be needed when we will also improve the weathering detailing to the carved timberwork fascia to the front of the bellcote in the coming weeks.