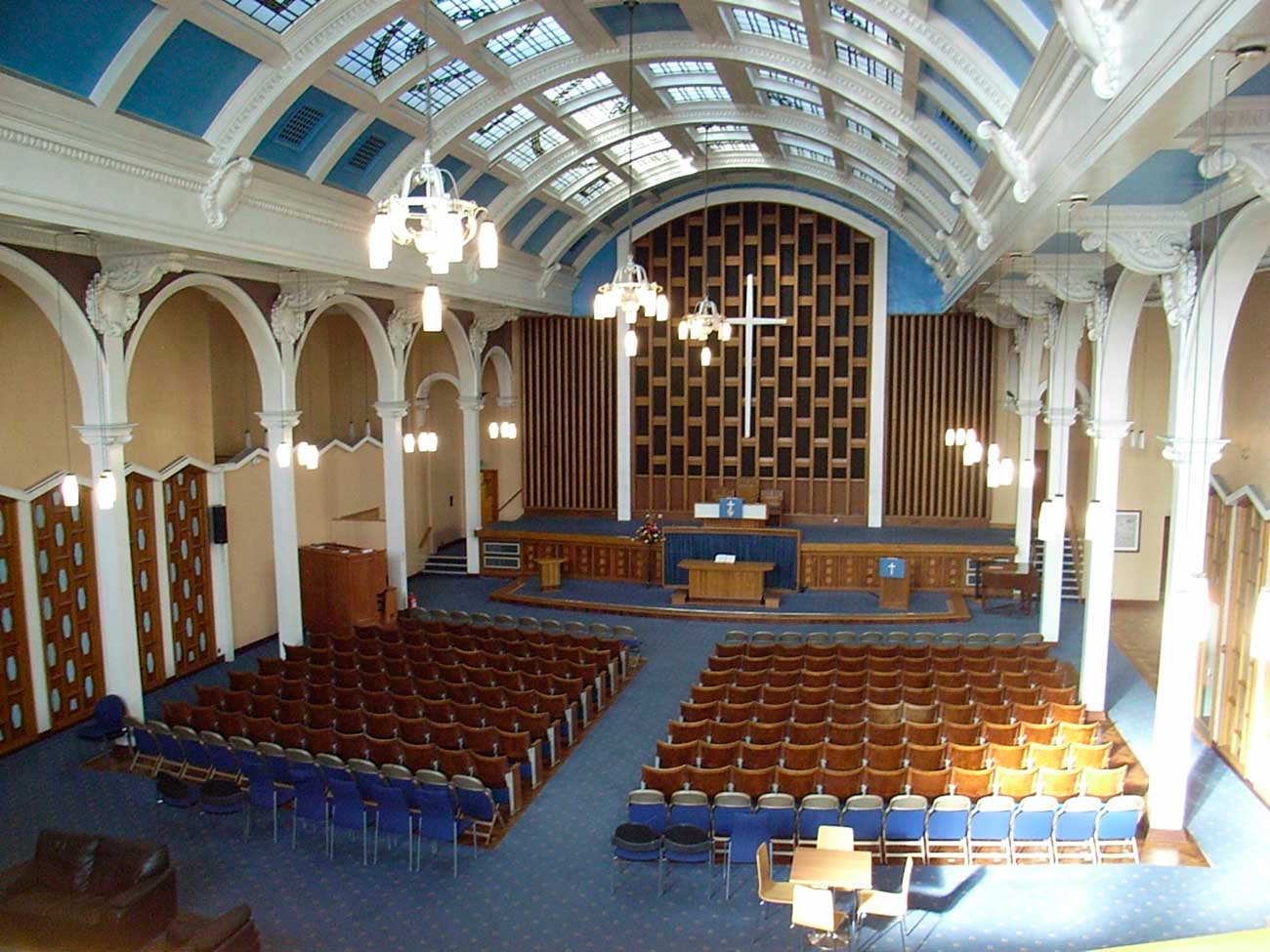 We are delighted to be appointed to another important listed building and a sizeable Methodist Central Hall – the early twentieth century Hall in the centre of Sheffield. The Hall, part of the Forward Movement, was originally designed by Waddington Son & Dunkerley but re-worked by William John Hale. It was completed in 1908. The building comprises an imposing worship space with a barrel-vaulted glass ceiling, with several floors housing numerous offices, meeting rooms and smaller halls for community use and for hire. We will be preparing a feasibility study to examine how the main worship space and the front of house areas may be sensitively refurbished and adapted as well as preparing a masterplan for the whole building.